The pre-human plant (prior to cultivation manipulation) is a modest herb that finds its comfort on rocky outcroppings of limestone, local to north Mediterranean sea coasts. It is a two year plant (biennial) that stores it’s energy into it’s leaves the first year so to burst, with reproductive fervor, in it’s second, and final, year. This glory is manifested as a spike of a yellow, four-petaled flowers. Whether or not these lovely cross-like (crucifix) flowers are pollinated or not, the plant diminishes back to mother earth. But the rest of this plant’s potential requires you to read on.

“Oleracea” means “potherb” or “cabbage” in vague Latin parlance. Etymologically, the name is based on the fact that the aforementioned modest weed was lush with it’s “head” and so good for stews in the “pot”. Regardless, we should marvel in the variety innate to this lovely plant:

One species, many forms: Kale, broccoli, cauliflower, cabbage, kohlrabi, Brussels sprouts, Chinese broccoli, and collard greens. These are all technically the same species (i.e. inter–fertile), but with diverging cultivar lineages which can be understood as subspecies. In produce or manufacturing contexts, no reproductive parts are modified, leaving the flowers and fruit/seeds indistinguishable between the cultivars. This is so food product is maximized and reproduction minimized. In other words, this plant is best for it’s flesh and fiber and worthless for it’s fruit and flower. 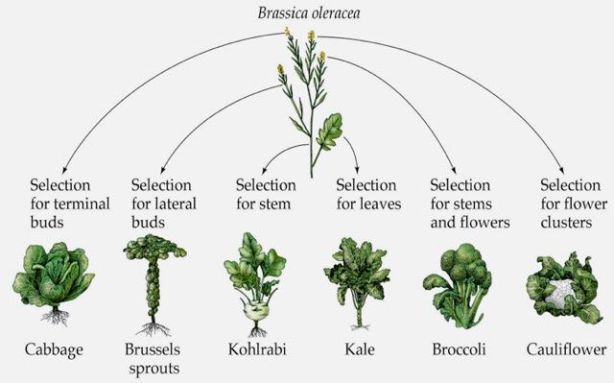 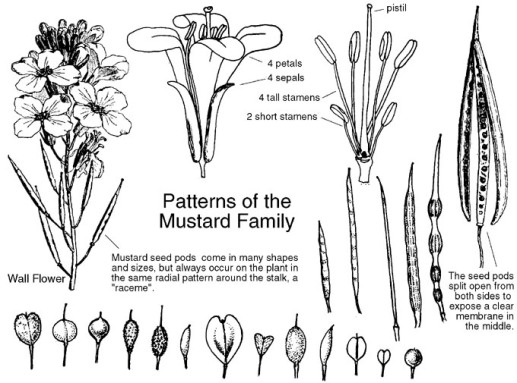